Build a guide on

The Tor project should make it possible to move anonymously on the Internet. To do this, the user either installs the custom Firefox of the project, which brings some security enhancements, or a special proxy that allows the “normal” browser to retrieve content via the Tor network.

Like an onion, the Tor net consists of several layers. Different routers randomly pass through the inner gate network. The path always begins with an entry node, with which the Tor client connects. This connection between client computer and entry node is encrypted. Since the entry node knows the IP address of the client, the traffic is now forwarded to the next Tor node. It only has access to the IP address of its predecessor. Thus, the source IP address of the client is no longer known when the exit node finally requests the data packet over the Internet. 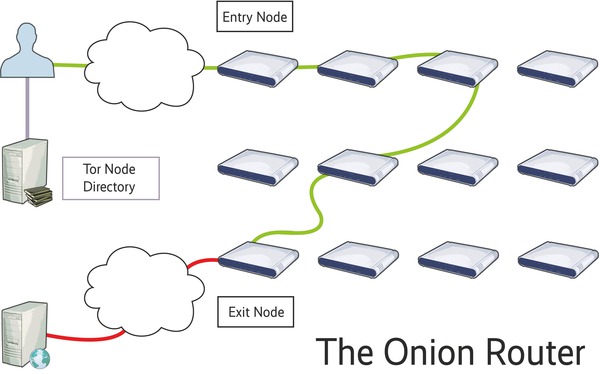 Are some relays under state supervision?

According to rumors from the field of lawful interception, 50 percent of the gate-exit nodes are supposed to be under the control of state bodies that record the traffic routed through them. Data protection compliant measures are unlikely to be expected in this context. Also, criminals can operate such port originating nodes and try to scan credit card information or bitcoins. Since there are many gate exit nodes, anyone who has an interest in the information must also monitor a large number of them – or even more easily operate the nodes themselves.

Private or confidential information should not be transferred via Tor. In addition to the list of nodes that the client can download via the Directory Server, Tor also offers the function of a middle bridge. Some states that censor Internet usage can quickly create a filter list through the directory server, thus preventing the use of the anonymization network. The bridge function should allow the Tor client to be configured to act as a link between the blocked user and the Tor network and provide access to the anonymization network for the former. However, with Deep Packet Inspection (DPI), government agencies are able to find even these dynamic bridges in minutes. A bot then checks whether the Internet computer is talking the Tor protocol and also blocks this server.

Another security-relevant aspect is that Tor does not protect the browser from attacks. With special remote forensic tools you can specifically infect the Tor browser and read the behaviour of the user including his real IP address. That’s exactly what happened in practice and the recorded data was sent anonymously to government agencies. Although they can use such tools to discriminate against criminals who abuse the Tor network, the anonymity of non-criminal users is also threatened.

What are middle relays?

To increase security, all gate traffic is routed through at least three relays before it reaches its destination. The first two relays are middle relays that receive traffic and relay it to another relay. Middle relays increase the speed and robustness of the Tor network without the owner of the relay appearing as the source of traffic. Middle relays announce their presence to the rest of the Tor network so that each Tor user can connect to them. Even if a malicious user uses the Tor network for illegal actions, the IP address of a middle relay is not displayed as the source of the traffic. This means that a middle relay can usually run safely at home, in conjunction with other services or on a computer with your personal files.

What are exit relays?

An exit relay is the last relay that passes through the gate traffic before it reaches its destination. Exit relays announce their presence throughout the Tor network so they can be used by any Tor user. As the gate traffic on these relays drops, the IP address of the exit relay is interpreted as the source of the traffic. If a malicious user uses the Tor network to do something that may be offensive or illegal, the exit relay may be responsible. Individuals who operate exit relays should be prepared to handle complaints, copyright removal, and the possibility that their servers attract the attention of law enforcement agencies. If you’re not ready to deal with potential problems like this, you might want to run a middle relay instead. It is recommended to run an exit relay on a dedicated computer in a hosting facility that is known to be running an exit node on the server.

What do you think?

Back to Top
Create